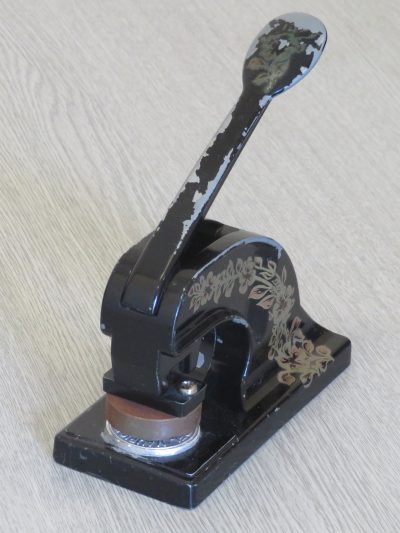 A History of Notaries

The Archbishop’s jurisdiction was, and is, exercised through one of the oldest of the English courts – the Court of Faculties in London. The Court is presided over by the Master of the Faculties who is the most senior ecclesiastical judge and commonly also a judge of the Supreme Court. Since 1801 the way notaries are appointed and regulated has been confirmed by statutes enacted by Parliament.

Until the eighteenth century, Notaries would authenticate their acts with an individual sign. The use of seals to authenticate ‘deeds’ became the normal way of establishing their validity in the courts so gradually, Notaries adopted seals in substitution for their signs. By the nineteenth century, it had become established that any notarial act should be attested by a notary’s signature supported by his individual seal. All Notaries Public now have such a distinctive seal – often illustrated with professional or historical signs.

Most  English documents intended to be used overseas need to be legalised by the FCO. In order to carry out this process, the signature, seal or stamp will need to be checked against the database held by the FCO.

As confirmation that the document has been correctly signed, sealed or stamped, an Apostille (the legal term for a legalisation certificate) is attached to the document as proof that it is genuine.

There are however some countries, particularly in the Middle East (and occasionally India) that require a consular stamp as well as an Apostille.

The process that a Notary performs to authenticate the signature or authenticity of a particular document or the certification of copy documents as true copies of the originals.

The process whereby the FCO authenticates the signature on a document.

Legalisation is a term often used to refer to the process performed by an Embassy, Consulate or Diplomatic Mission.

This is an A5 sized stamp affixed to a document by the FCO. The terms of the Apostille only apply to countries that are members of The Hague Convention. Where a country is not a member, the stamp affixed is simply a mark of the FCO and referred to as an FCO Legalisation Stamp.

The flow chart below clarifies the procedure. 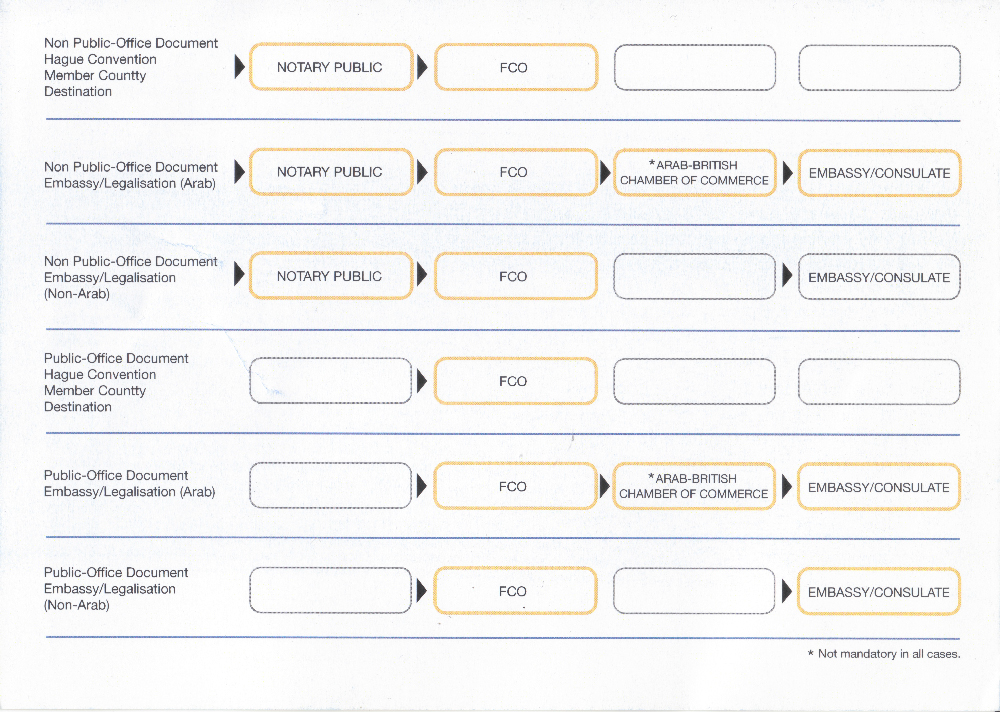 Toggle Sliding Bar Area
We use cookies to ensure that we give you the best experience on our website. If you continue to use this site we will assume that you are happy with that.YesNoPrivacy policy
Revoke cookies